In a world where human relationships have become superficial and detached, and where although it is true that technology can bridge the gap with those who are far away, it is also true that this same technology distances us from those who are nearby. Therefore, in this world, it is deeply comforting and reassuring to know that we are accompanied by Jesus.

Let’s analyse and look deeper into the narrative in Revelation.

In verse nine, the author presents himself as a man named John, (very common name in the first century) and, as a brother in the faith. He is a participant in suffering because of the gospel, not because of sin, personal ambitions, or delirium of grandeur.

The island of Patmos was used to exile those who posed some kind of threat to the status quo of the Roman Empire.

In verse ten we enter the vision. It is the first vision as conveyed in the book of Revelation. The vision and its inherent message is not a coincidence, but a concrete intentional message on the part of God.

In the next verse we see the phrase “Alpha and Omega, the First and Last“ that are symbolic expressions referring to the Risen Jesus. The seven churches mentioned are located in Asia Minor (where Turkey is today) and, in addition to their historical existence, represent the universal church throughout history. The number seven is synonymous with perfection, for in seven days God created the earth and heavens in absolute perfection.

Verses 12-16 give a visual description of the Risen Christ. We see seven golden candlesticks representing the universal church. Christ is pictured in the midst of his people. Like the tabernacle of Israel, in their pilgrimage to the promised land, he stood in the midst of the twelve tribes. God continues to accompany us. Christ said, "I will be with you every day until the end of the world" (Matt. 28:18-20).

His clothing Jesus is wearing in this vision is in the purest priestly style of the Old Testament, and the entire description of Jesus is majestic. Christ is our Supreme Lord and King, who, sitting right hand on the throne of God, intercedes for us. We are not alone in the face of the uncertainty that exists in the world.

In verse 17, we see a John so overcome by the vision that he faints. He then hears a voice saying, “Fear not!” This expression to not be afraid, with some variants, is repeated 365 times throughout the Bible. God wants us to remember that.

There are reasons why we should not fear as given in the following verses.

Jesus is the First and the Last. That is, He is the origin of everything that exists. He is the author and finisher of faith in believers. He is the unseen hand in the history of humanity. He is the path to salvation – a grace that includes all believers.

Jesus is also the one who lives. He died for our sins, but he overcame death. He is resurrected and lives bodily in every believer. He intercedes for his children before our Heavenly Father. He is our advocate and can never be defeated by anything or anyone. We are in good hands!

Jesus also holds the keys to hell and death. Keys are a symbol of authority to enter and exit, open and close. This certainly applies to the last enemy affecting humanity – death. Jesus promises that he will resurrect the righteous at his second coming.

In verse 19 we read where all this is affirmed in writing as a guarantee of its truth. The entire cosmos, the passage of time and the ultimate dominion and authority are under Jesus’ absolute control.

The next verse gives an interpretation of the vision’s seven candlesticks and the seven stars which correspond to the church over the past 2000 years.

So, by way of practical summary and application:

The risen Jesus accompanies his people at all times, in all places and in all circumstances.

Jesus is in control of salvation history. He alone has the keys that open or close all doors as needed for God's children. None of this is because of our effort, but only attributable to his grace and power. 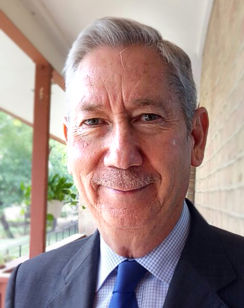 Finally, believers should not fear anything that happens in this current evil world. But if we analyse the cause of our suffering or tribulation, if it is because of human lust, wanton desire and unfettered ambition, we must eliminate it. Otherwise, there is no reward. But, because of the gospel, we have the confidence that Christ is with us and we are not burdened with more than what he can carry.

This year we'll celebrate and explore the high calling of being "Accompanied by Jesus".

The International Ministerial Congress actively works to take the gospel to the world by equipping our national conferences, pastors and missionaries. We work for doctrinal unity, and as such, we thank God for his good work among us, even during this time of pandemic.

Our identity and purpose is in Jesus Christ alone - in His word, in His will, for His glory, for ever and ever. However, we need "our daily bread" resources to continue ministering to those needs around us.

May our celebration together around the world during this Sabbath on 5 November 2022 unite us further, strengthen us, and help us build greater Kingdom in-roads, as we give thanks for your donations and look forward to working together as Ambassadors of Christ. 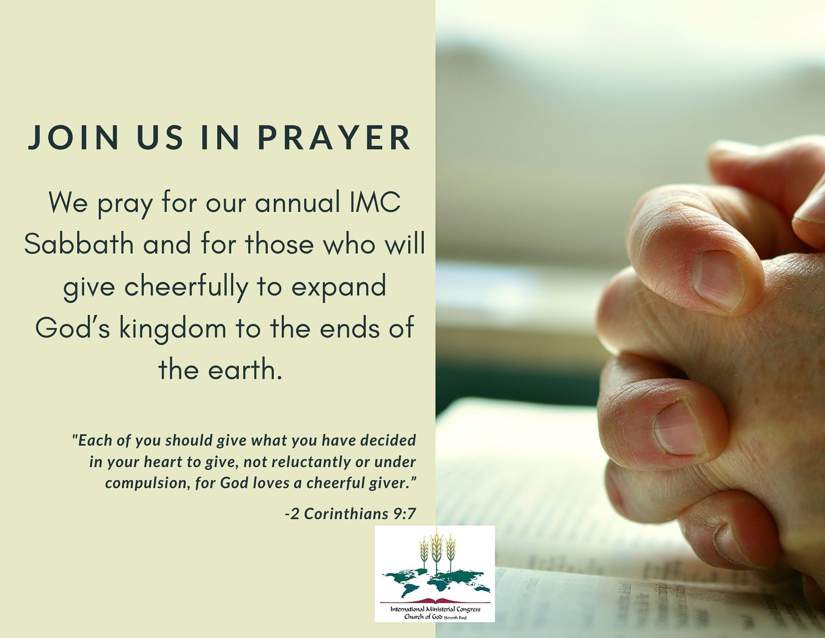 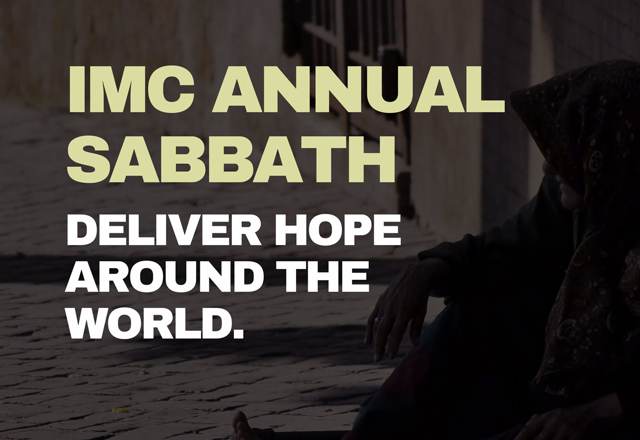 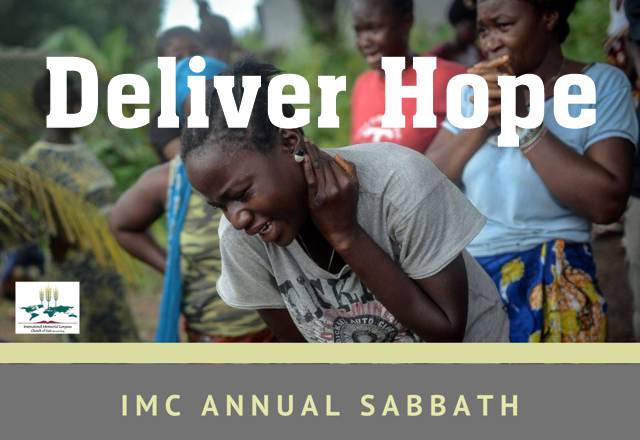 We're planning on facilitating up to seven worship services in the 24 hour period of 6 November 2021, and this list will soon be available on this website.

The theme this year is "Accompanied by Jesus", and each Sabbath worship service will be designed around exploring this theme.

Please ensure this urgent prayer request for our brethren in Ukraine reaches the churches throughout your zone and national conference areas. Thank you! The Lord's Supper commemoration and celebration will be held on Tuesday evening, 4 April 2023, just after sunset. We hope and pray that the information here is a blessing to you, your family and your local church fellowship.

Countdown to the Lord's Supper commemoration

Theme: Continuing the Mission of Jesus 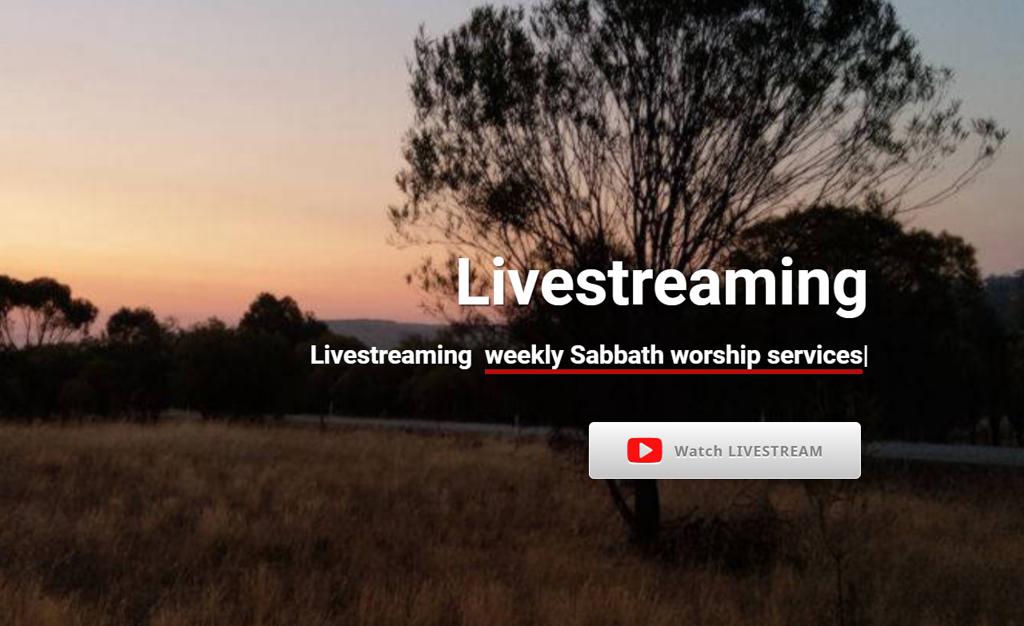 See our growing list of available livestreaming services around the world. Because of the current COVID-19 restrictions and quarantine requirements experienced in most countries, we are now listing church fellowships who are regularly livestreaming Sabbath worship services.

List your church's livestreaming service here so that others experiencing social isolation in the current COVID-19 crisis may be able to easily find your service.

Sites made with Mobirise are 100% mobile-friendly according the latest Google Test and Google loves those websites (officially)!

Mobirise themes are based on Bootstrap 3 and Bootstrap 4 - most powerful mobile first framework. Now, even if you're not code-savvy, you can be a part of an exciting growing bootstrap community.

Message from our President

Jesus commissions us to live and share the gospel, and this implies both a pressing need and a great sense of urgency. With the gospel as the only means of salvation for humanity and faced with the reality of sin, suffering and death that characterizes this post-modern age in which we live, the people of God must redirect their pastoral work in the light of this divine mandate:
And Jesus came up and spoke to them, saying, “All authority has been given to Me in heaven and on earth. Go therefore and make disciples of all the nations, baptizing them in the name of the Father and the Son and the Holy Spirit, teaching them to observe all that I commanded you; and lo, I am with you always, even to the end of the age.” (Matthew 28: 18-20 NASB)
The whole word for the whole world means: preaching the gospel to the unreached without adding to or taking away from Jesus’ message; edifying all believers with all teachings in the Scriptures to become true Christian disciples; worshiping the one and only God in all time, place and circumstance, and opposing all idolatry which is sin; fellowshipping with one another as a sign and testimony of unity, overcoming cultural, racial, and linguistic barriers so the world will believe in Jesus; and serving our neighbors in order to transform their lives and surroundings.
Jesus sends us to carry out the totality of the redemptive mission. It is not a privilege for some, but a responsibility for all. We must go to the whole world, with the whole message from God’s word, knowing that He is with us all days—always, even to the end of the age.